When a Stranger Calls Back (1993) Fred Walton 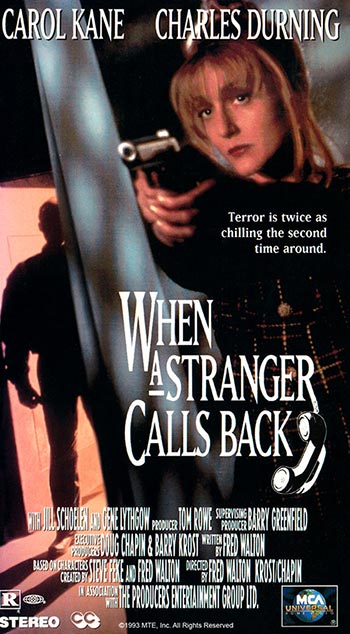 Julia is babysitting two young kids while a doctor and his wife are out. During the evening, a stranger knocks on the door asking Julia if she can call the auto club so he can get a tow. The phone line is dead though. This is all part of the act as he has made his way inside and abducted the two children. Years later, Julia has become an introvertive college student. She claims the stalker is back haunting her. Enter Jill Johnson and now retired cop John Clifford, who have reunited to help Julia find the stalker. Can they stop him before he strikes again?

When a Stranger Calls Back (1993) Widescreen