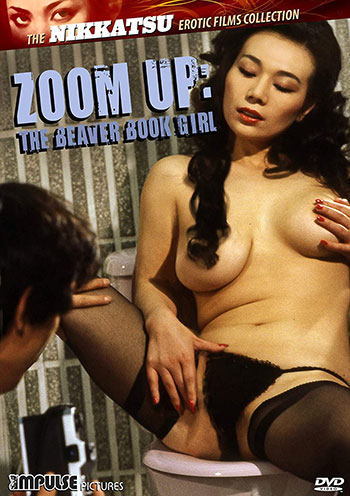 ZOOM UP: THE BEAVER BOOK GIRL is a sexually perverse mystery set within the adult magazine industry. A woman is brutally assaulted in an abandoned factory, and her assailant escapes into the darkness after dropping a wad of money. A few years later, a photographer specializing in schoolgirl panty shots meets his match when a mysterious femme fatale volunteers to be his new model. This woman used to be the ‘queen’ of the skin magazines, but she is also hiding a terrible secret and may be a wanted fugitive. Will the photographer escape her sexual grasp?

ZOOM UP: THE BEAVER BOOK GIRL is a film spawned from the dark manga stories of Takashi Ishii, featuring women troubled by the psychological effects of sexual violence. Barely staying within the boundaries of Japanese censorship laws, this film will shock and surprise you.