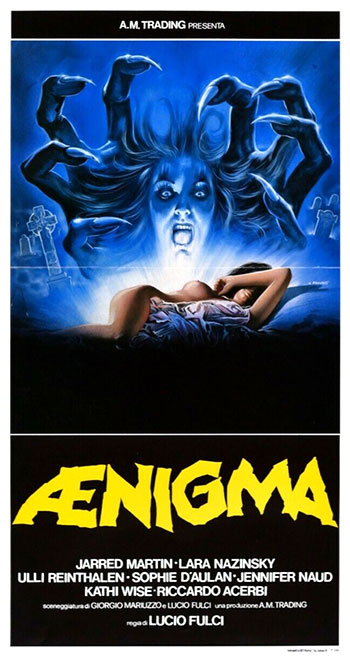 A girl is in a coma because of an atrocious prank played by her schoolmates and takes her revenge from her hospital bed. She takes possession of the body of a new pupil in her ex-school and begins to dispose of whoever did her wrong.

Fulci does well with the atmosphere in the film, and the cinematography is rather nice also. As you would expect from a director who made his name with a whole load of blood and guts, there is no shortage of death scenes in this film. These scenes range from featuring severed limbs to gratuitous stabbings, but strangely enough; these scenes feel rushed and Fulci doesn’t deliver a great deal of gore, which is probably the main reason why this film doesn’t often get a very good write-up. Lucio Fulci has a bigger filmography than you would think, and many of his lesser known films – such as The Devil’s Honey and Don’t Torture a Duckling turn out to be his best. This film, however, is one of the director’s more average efforts on the whole.