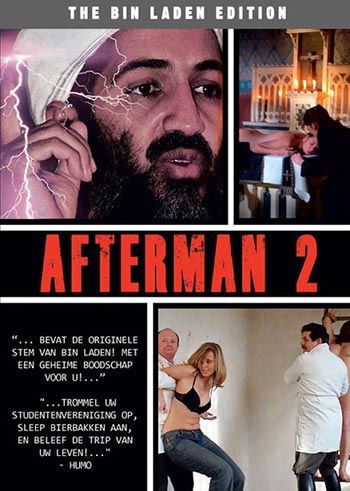 The Year is 2012. Bin Laden is a political refugee in Brussels. Somehow, helped by the criminal underworld he becomes President of Europe. Europe, the new dictatorship, is an awful place of high security and closed borders . When the Afterman hears about the upcoming revolution, he returns from Russia to his fatherland. He accidentally joins a group of Lesbian freedom fighters.