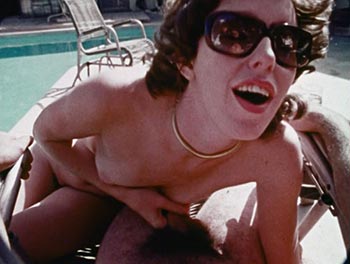 The non-star cast all look and act like genuine everyday folks who somehow got coerced into doing a hardcore film: They alternate between seeming awkward or comfortable in front of the camera and for the most part perform the on screen fornication with aplomb. An interesting Golden Age curio.