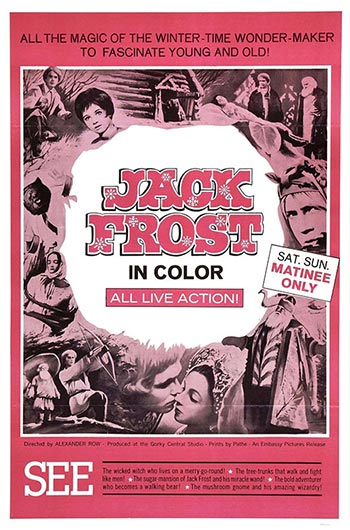 Strange Russian fairy tale dealing with a boy and a girl who go through the strangest situations to be with one another. The boy is transformed by a Mushroom Pixie into a bear, and almost baked by an evil witch who controls trees. The girl is given the Cinderella treatment by her mother and her sister who is jealous of her long braided hair. Jack Frost himself doesn’t appear until late in the movie.