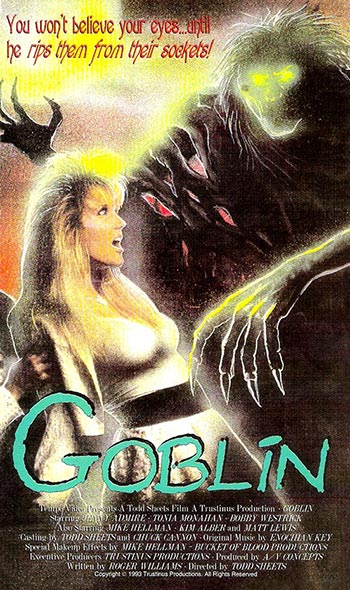 The goblin is awakened by accident when a farmer dabbles in white magic in an attempt to save his crops. The goblin goes off on a killing spree, before being safely walled up in an abandoned well. Years later, a bunch of young people get together here for a weekend of fun. As part of their idea of merriment, they pry open the boards used to seal the goblin, releasing him to wreck further havoc on everyone alive.