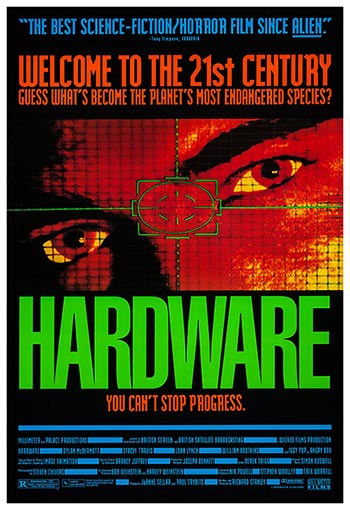 In the future, a nuclear war has transformed the Earth into a radioactive wasteland where the sea has dried up leaving it as a post-apocalyptic desert. In the desert, A desert scavenger named Nomad discovers a robotic head, arriving in New York City, A space marine named Moses Baxter buys the robotic head from Nomad as a Christmas present for his girlfriend Jill Grakowski, who decides to use it for one of her sculptures. But all hell starts breaking loose, when the robotic head is activated and begins to rebuilt itself. When Alvy, a junkyard dealer discover the robotic head is a Mark 13, a military cyborg of a project that was abandoned. Moses learns Jill’s life is in danger, as the Mark 13 cyborg goes on a violent rampage in Jill’s apartment as Jill has become the the prime target for extermination.