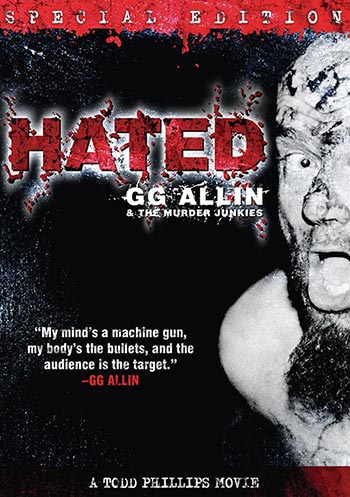 Documentary about the life and death of the notorious underground punk icon GG Allin, the foul mouthed, heroin shooting lead singer of the Murder Junkies, who would throw excrement at the crowd, start fights with the biggest guys in the audience, and threatened to kill himself onstage. He was considered the lowest common denominator of our society by some, an avant-garde artist by others. He died of an overdose in the early 90’s.