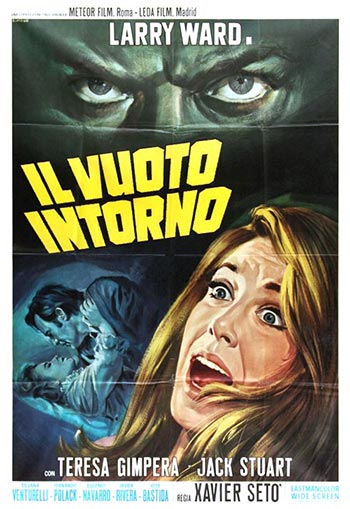 A scheming blonde plots to steal her husband’s money, not by killing him, but by driving him to the brink of insanity so that, once he’s institutionalized, she and his twin brother (whom she’s having an affair with!) can run his estate and have all his dough!

Director Javier Setó cleverly gives his film a very claustrophobic setting, which ensures that the focus is always on the main characters. The storyline is twisted and clever; and the characters play a very important part in the proceedings. The director ensures that there’s a good reason for all their motivations; and while most of them do wear their emotions on their sleeves, it still provides a relatively engaging viewing. There isn’t a great deal of variety in terms of the locations used but the style and atmosphere always fits the film, and this makes up for it. The plot at times does get a bit choppy and it doesn’t always make complete sense; but generally speaking the film flows fairly well and does more than enough to keep the audience interested for the eighty five minute running time. As we boil down to the climax and more twists come into play; things do get very interesting.