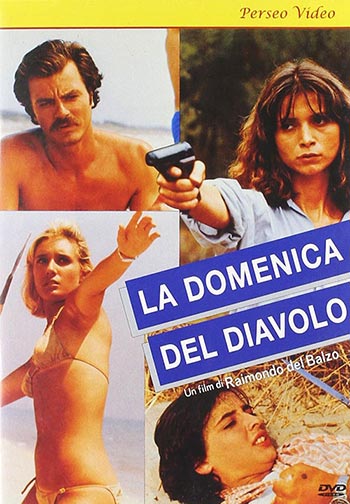 Three beautiful female athletes take a weekend off from training to vacation at a relative’s villa complete with private beach. While relaxing, enjoying the water, and topless sunbathing the girls’ weekend alone is interrupted by three escaped criminals on the run. Led by Pierre Luigi, the three criminals take the girls hostage and submit them to torture and rape before the girls get their bloody revenge.

Sleazy Italian exploitation film about three young female athletes on holiday who are attacked by a trio of violent criminals. Eventually they seek bloody revenge. For fans of movies like Terror Express and House at the Edge of the Park. There is plenty of sleaze and full-frontal nudity and few nasty set-pieces.