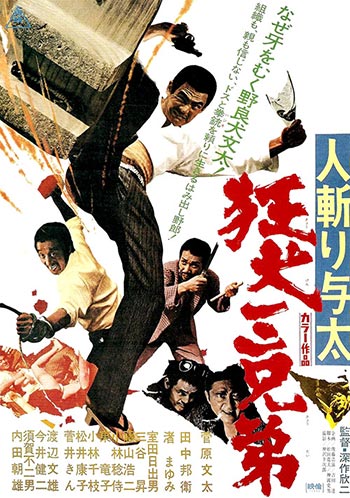 The great Bunta stars as a gangster who is sent to jail for the sake of his gang, but when he’s released he finds everything completely changed and his gang has swept him aside for being too violent. He tries to start a new life with his two ”brothers” but can’t seem to escape old affiliations.