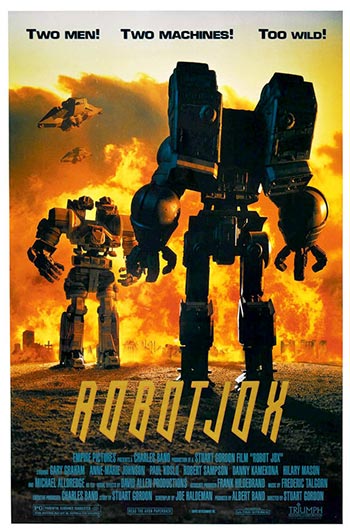 It is post-World War III. War is outlawed. In its place, are matches between large Robots called Robot Jox. These matches take place between two large superpowers over disputed territories. The main character Achilles is a pilot in one of the large Robots. The plot revolves around him and a match for the state of Alaska.