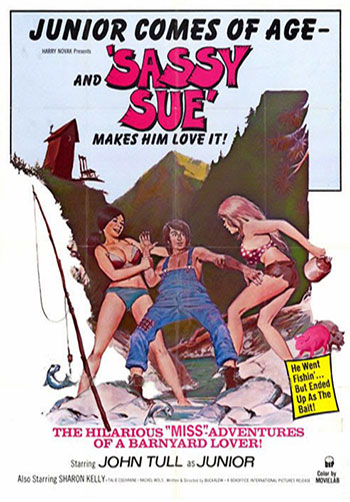 Pa, a moonshining chicken farmer, is worried that his dim-witted son Junior is becoming way more attracted to their cow Sassy Sue than he should be…

This is a wonderful sleazy little film set around the antic’s of Willard, a inept Chicken Farm owner and his carnal pursuits ‘down on the farm’.

First of all our Willard has a tete a tete with the aptly named HoneyChild whose curvy figure and filthy little ways drive Willard crazy.

But one is not enough and soon enough Willard has a hankering for something else and it aint Sally it is Sue his prize cow! Thats right, his cow….”she pretty” Willard muses.

It gets as odd as it can, and the carnal carnival has only just got started. Well worth a look.