Voice Without a Shadow (1958) Seijun Suzuki 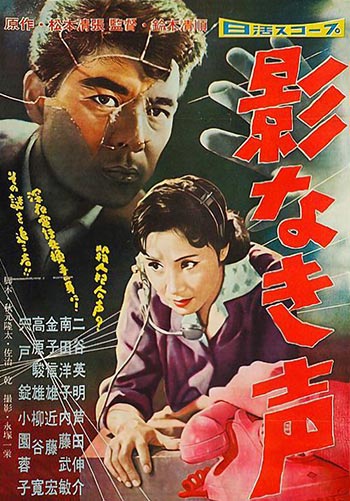 Asako, a former telephone operator once heard the voice of a murder suspect which has continued to haunt her. Years later her husband invites his boss, Hamazaki, over for dinner and she realises his voice is suspiciously like that of the killer. Before she can investigate further, Hamazaki is found dead and her husband becomes the prime suspect…