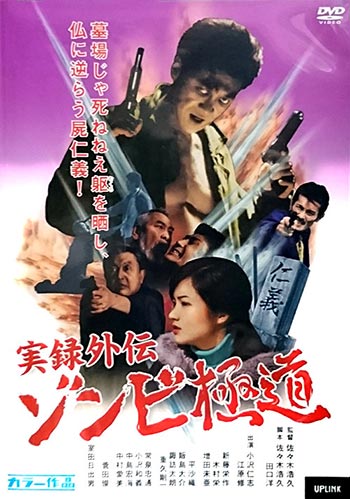 The Yakuza Graveyard, a desolate area where only the most loathed gangsters find their finally resting place.

Buried there is Ryuji Naruo, the most famous and hated yakuza in all of Japan, who died with a powerful grudge and hatred.

Kei’ichi Ohba, a cowardly middle-aged yakuza with the Mishima Family, is sent on a mission to kill a rival boss. He in return is betrayed and murdered by his own family. In a rush to dispose of his body, Kei’ichi is buried in the same grave as Naruo. But not even death can hold back Naruo’s grudge and his soul is transferred into Kei’ichi’s body.

Kei’ichi now walks the earth as an undead yakuza and seeks revenge on those who betrayed him.