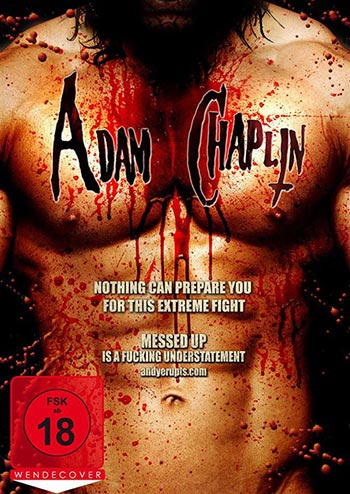 Following the suspicious death of his wife, Adam investigates her murder and discovers mafia boss Denny, is involved. Unable to trust the corrupt police, Adam summons a demon who offers him superhuman strength, dark powers, and promises to lead him to the murderer if he does everything the demon asks.

A homage to hyperviolent wuxia anime, supernatural vengeance flicks, and grindhouse, this bukkake of blood delivers more splatter for the platter than the filthiest gokkun fest. The directorial and acting debut of one Emanuele De Santi, this supernatural revenger flick plays out like some twisted hybrid of The Crow and Fist of The North Star, surpassing the live-action version of the latter in terms of sheer spectacle. A colourful cast, including some monstrous yet oddly sympathetic villains, help keep things ticking over between the bloodjaculatory set pieces. A testament to the fact that one can stretch a tight budget a long way. Hopefully, this’ll not be the last seen of Santi.