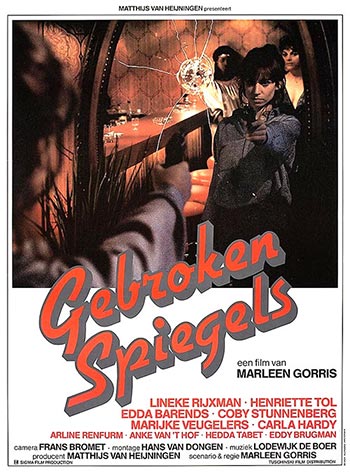 Released in Holland as Gebroken Spiegels, Broken Mirrors is set for the most part in an Amsterdam brothel. Lineke Ripman and Henriette Tol play two whores who begin to rebel against their lot in life. Their story is counterpointed by a subplot involving housewife Edda Barends, who is kidnapped by one of the brothel’s customers; as Barends starves to death, her captor takes photographs of her last days on earth. Somehow her demise is meant to be as much a “liberation” as Ripman and Tol’s refusal to continue plying their trade. Throughout Broken Mirrors, the male characters are depicted as murderers, both literal and spiritual.