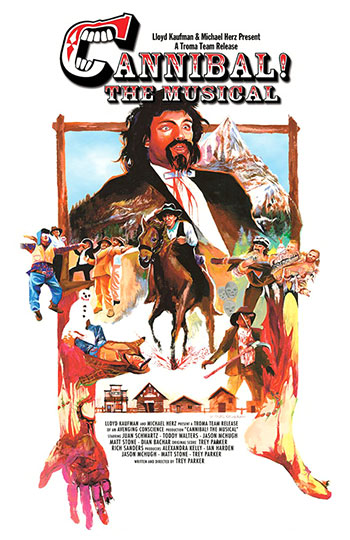 Alfred Packer was a mountain guide and sole survivor of a party of pioneers that got lost in the mountains in winter. Accused and convicted of murdering and eating his travelling companions, he was to be executed by hanging.The movie begins at his trial, where he pleads his innocence to an unsympathetic audience. Only reporter Polly Pry will listen to his story, which is then related to the viewers in the form of flashbacks. As Packer and his gold-prospecting clients make their way through the forests and mountains, they encounter bemused Japanese Indians, an unimpressed group of mountain men and the brutal Rocky Mountain winter, all of which inspire the travellers to break out into song and dance.