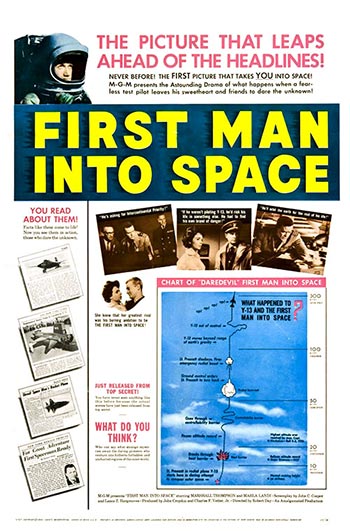 Navy test pilot Lieut. Dan Prescott, in experimental rocket plane Y-13, disobeys orders and becomes the first man to fly outside the ionosphere. Unable to turn, he ejects…and is plastered with metallic meteor dust. The pilot compartment lands with no trace of the pilot… but first cattle, then people, are found with their throats cut as if with an axe, by something that seems to have a craving for blood…