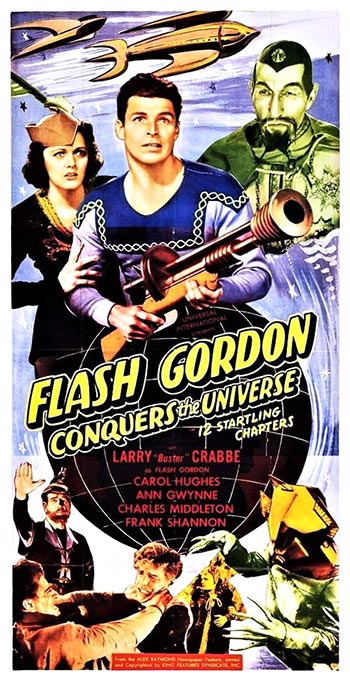 A mysterious plague, the Purple Death, ravages the earth. Dr. Zarkov, investigating in his spaceship, finds a ship from planet Mongo seeding the atmosphere with dust. Sure enough, Ming the Merciless is up to his old tricks. So it’s back to Mongo for Flash, Dale, and Zarkov, this time with ready-made allies waiting: Prince Barin of Arboria and Queen Fria of the frozen northern land of Frigia; where, it so happens, is found polarite, antidote to the plague. But Ming will use all his forces to keep our heroes from thwarting his plans of conquest…