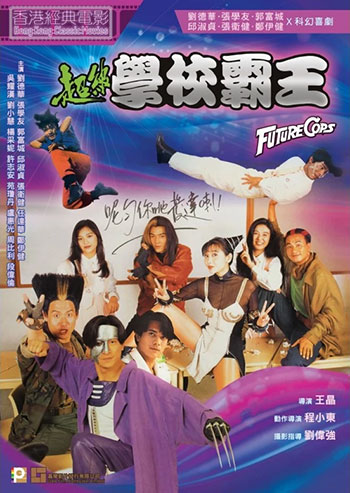 Ryu, Dhalsim and Vega are sent out to stop M. Bison. They befriend a teenage school student and seek out Bison. Bison sends out his own soliders, Ken and Sagat.

In the future, year 2043, Bison is convicted and comes up with a plan to free himself. He sends his henchmen, Ken, Honda and Sagat, back in time to 1993 to find and destroy the judge who sentenced him when he was still vulnerable. It turns out that at this time he was still in high school. Cops from the future are also sent back in time to find him first and protect him. Throughout most of the story they are looking for him in the past, and trying to blend in with society of the time.

“The most ambitious crossover event of the century happened in Hong Kong circa 1993 when Street Fighter, Mario Bros and Dragonball clashed in Future Cops.”