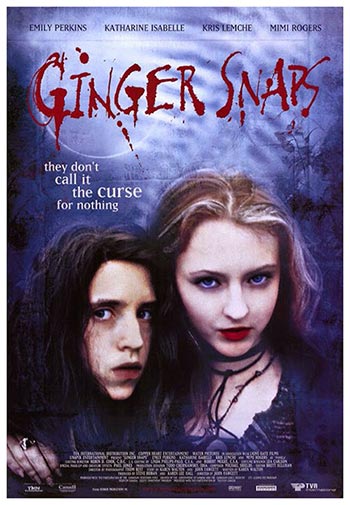 Is becoming a woman analogous, in some deep psychological way, to becoming a werewolf? Ginger is 16, edgy, tough, and, with her younger sister, into staging and photographing scenes of death. They’ve made a pact about dying together. In early October, on the night she has her first period, which is also the night of a full moon, a werewolf bites Ginger. Within a few days, some serious changes happen to her body and her temperament. Her sister Brigitte, 15, tries to find a cure with the help of Sam, a local doper. As Brigitte races against the clock, Halloween and another full moon approach, Ginger gets scarier, and it isn’t just local dogs that begin to die.