It Conquered the World (1956) Roger Corman 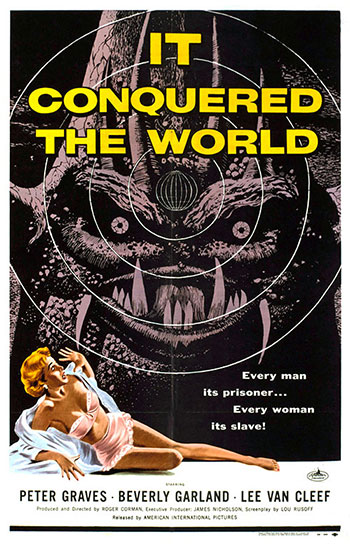 One of several remaining members of its race, an alien from Venus is guided to Earth by disgruntled scientist Tom Anderson, who tells it which humans it should attach mind control devices to. Among them is his old friend, fellow scientist Paul Nelson. Nelson, after killing a flying bat-thing which carries the device, finally persuades the paranoid Anderson that he’s been wrong to ally himself with an alien bent on world domination. They hurriedly leave when they discover Tom’s wife has picked up a rifle and gone to the alien’s cave to try to kill it.