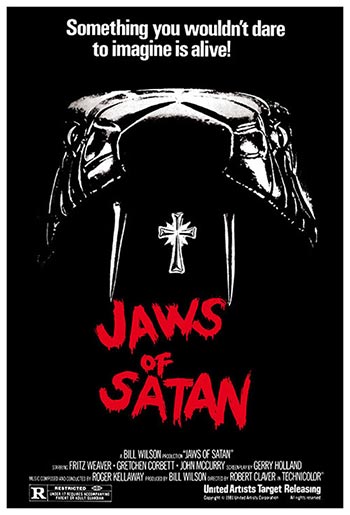 While being transported via train to a carnival, a king cobra is let out of its box by Satan, and it kills two railroad workers. The snake flees into the night, under the influence of demonic powers. It eventually heads toward a small Alabama town, ready to strike in the name of evil. Meanwhile, the town’s Roman Catholic priest, the Rev. Tom Farrow (Fritz Weaver), discovers that his ancestor was none other than St. Patrick, who drove the snakes from Ireland. Now, Farrow must do the same.