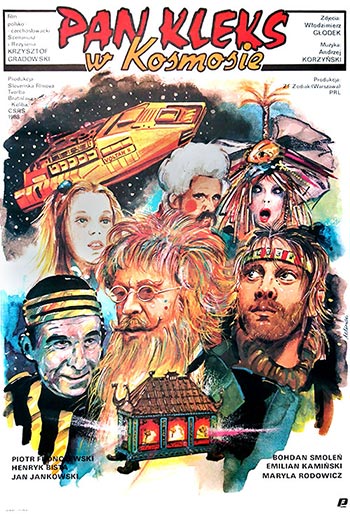 It’s Christmas, and children at an orphanage in Maliszewo receive a computer that was given to them by another orphan who used to live there many years ago. During the night, the computer awakes itself and tells the children a story that will happen in 25 years… Beautiful, poetic, breathtaking. An unsung jewel of its time. Outstanding story mixing 2001 Space Odyssey, Shogun, Neverending Story, 1984, Solaris, Flash Gordon, Star Trek and Sesame Street into one seamless whole. And it’s a musical, too!