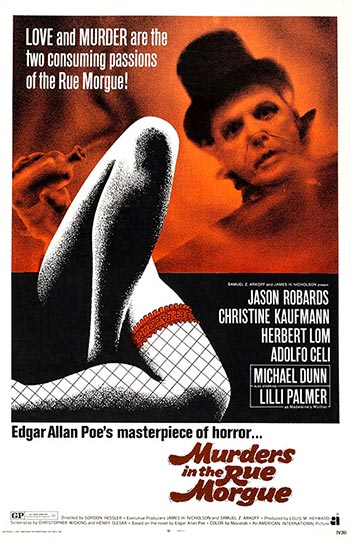 In Paris, in the beginning of the Twentieth Century, Cesar Charron owns a theater at the Rue Morgue where he performs the play “Murders in the Rue Morgue” with his wife Madeleine Charron, who has dreadful nightmares. When there are several murders by acid of people connected to Cesar, the prime suspect of Inspector Vidocq would be Cesar’s former partner Rene Marot. But Marot murdered Madeleine’s mother many years ago and committed suicide immediately after.