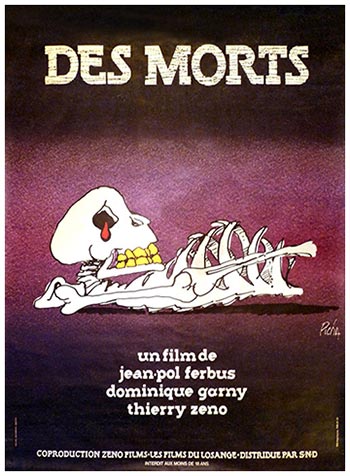 This morbid, unusual, and critically acclaimed documentary was filmed in the most exotic locations all over the world. Of the Dead (Des Morts) deals with death, the soon dead, and the living they leave behind. Our senses are shown no mercy as we witness the brutal execution of a Phillippine Guerrilla. We are literally taken inside a cremation chamber while a human body melts and finally crumbles into nothingness. We witness-first hand- doctors trying to save a victim of multiple stab wounds, all close up, in graphic detail leaving nothing to the imagination. For those who think they have seen it all, Of the Dead, dares to be seen.