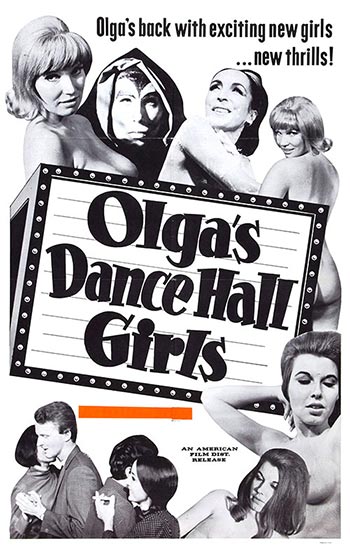 The main “storyline” is an evil pimp like woman named Olga who drugs innocent girls and then forces them into becoming hookers and drug pushers. Plotwise, this one does make a bit of an effort as Olga and Nick/Vince have a new racket in that they are recruiting bored housewives to work in their dance hall which doubles as a house of sin. We are treated to a number of scenes in the hall and at one point, one of the dance hall girls strips down and her dancing becomes an aphrodisiac for all in the room. The film also takes a bizarre turn when we are shown the Olga and the gang are involved in occult rituals that involve human sacrifice.