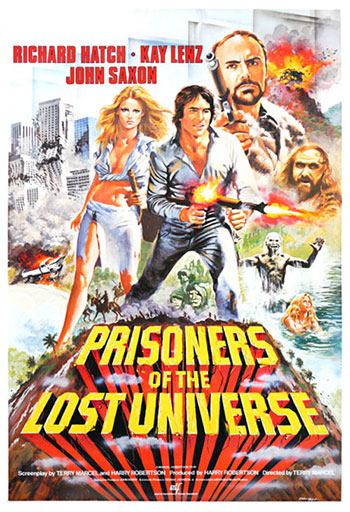 Through a series of coincidences, Carrie, Dan and Dr. Hartmann all fall through a teleporter device Hartmann has invented. Transported to a what appears to be a prehistoric world in a parallel universe and unable to find the Doctor, Dan and Carrie must figure out a way to get back home. Before they can do that, however, they must deal with tribes of savage cavemen, as well as brutal warlord named Kleel who has taken a liking to Carrie and seems to be unusually well-supplied with Earth technology.

Prisoners of the Lost Universe (1983)