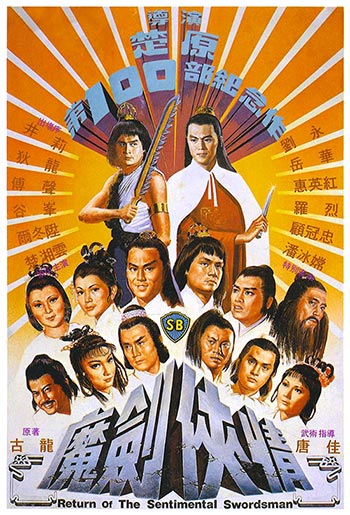 Li Xunhuan comes back to his home after three years of wandering. He had decided to have a normal life, but a group of skilled martial arts fighters and leaders are bent on killing him, so they can be ranked top by Bai Xiaosheng in his renowned list of the best warriors in the martial arts world. Li Xunhuan battles them as he searches for his estranged friend A’fei, who is now married and living in seclusion. Li asks A’fei to join forces and fight against a new threat that wants to rule the world: the Money Clan.

Return of the Sentimental Swordsman (1981)