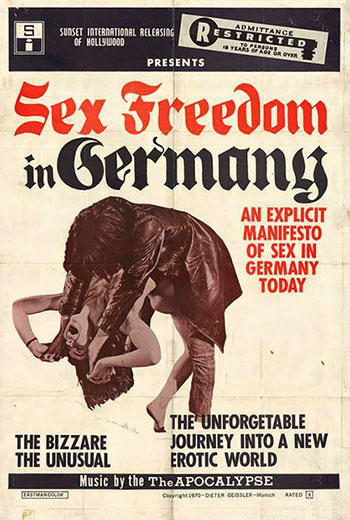 This German sexumentary was shot in 1970 but didn’t see the light of U.S. projectors until three years later. Fitting, then, that it would get released by a company called Sunset International: by 1973, the sun had clearly set on this type of exploitation movie. It didn’t matter that the MPAA slapped it with an X rating; the phenomenal success of Deep Throat one year earlier spelled the end for this particular variety of soft sexploitation. It’s a shame, because if the very funny and entertaining Sex Freedom in Germany is any indication, the flame under this subgenre was turned off just as things were really beginning to cook.