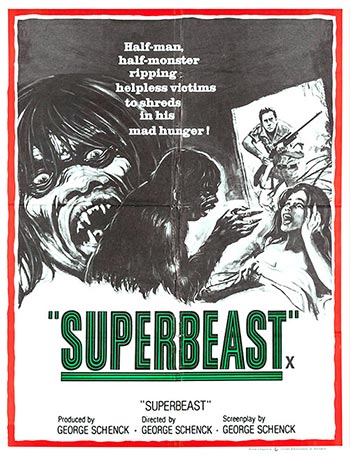 Superbeast was released on a double bill with Daughters of Satan. Both were filmed in the Philippines. In Superbeast an American doctor has been performing experiments on criminals deep in the Philippine jungle. Once the convicts have grown mad from the doctor’s treatment, they are set loose in the jungle so that they can be hunted down by the project’s financier. A woman pathologist gets wind of the project, and is held captive, slated for hunting. However, she turns the tables on both the doctor and the hunting financier.