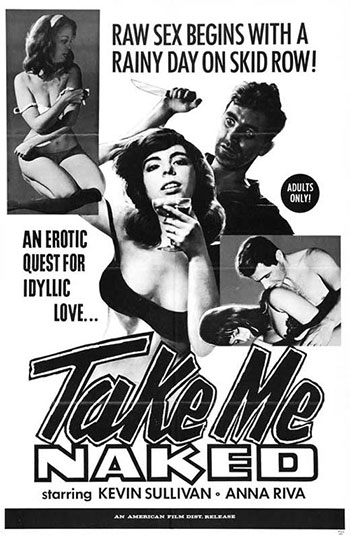 A lonely derelict voyeur spies on a woman every night as she showers, masturbates, or just wanders naked around her NYC apartment. Finally, he decides to do something about it.

This early work by the Findlays signaled the in depth creativity and intellectualism within the sleaze genre. It’s hard today to gage why anyone would explore this route. But if you combine the uncovering sexuality sweeping the garbage strewn streets of downtown New York, it is most apt. This move is less shock value than their later films, but much more ethereal, cerebral and philosophical. The poetry goes deep, beyond any significant plot line. The whole film itself is a tone poem for the disaffected, the frustrated, the utterly desperate. It projects itself clearly over what are simply a series of nudie shots, then cutting to the most decrepit Bowery Bum you ever saw. Michael Findlay, looking slimmer and strong couldn’t bring himself down enough to play the main role, spying on his own wife. Roberta has a nice bod, but has an overbite. Combine that with her horrible Queens accent and you know why she rarely performed on camera.