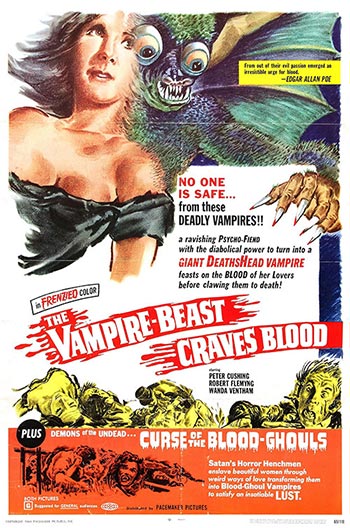 A scientist, working with genetics, creates a creature that is capable of transforming back and forth between a giant Death Head moth and a beautiful woman. The creature masquerades as his daughter when she is in her human incarnation and feeds on the blood of her victims when she is in the moth form.