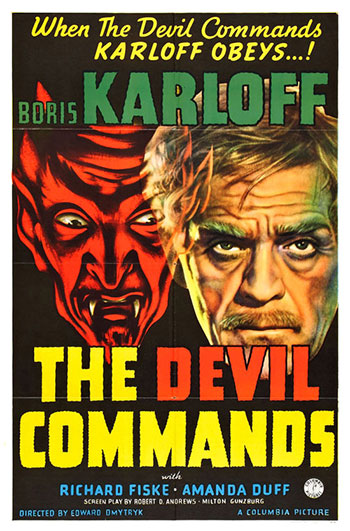 Dr. Julian Blair is engaged in unconventional research on human brain waves when his wife is tragically killed in a freak auto accident. The grief-stricken scientist becomes obsessed with redirecting his work into making contact with the dead and is not deterred by dire warnings from his daughter, his research assistant, or his colleagues that he is delving into forbidden areas of knowledge. He moves his laboratory to an isolated New England mansion where he continues to try to reach out to his dead wife. He is aided by his mentally-challenged servant Karl and abetted by the obsessive Mrs. Walters, a phony medium, who seems to exert a sinister influence over him. When their overly curious housekeeper discovers the truth about their experiments, her death brings the local sheriff in to investigate.