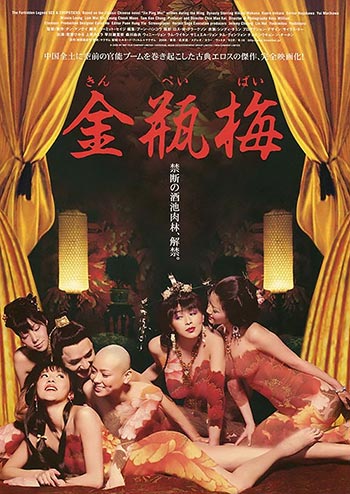 Story is begin with the childhood of rich and powerful Simon Qing (Lam Wai-Kin) has been schooled in the ways of sex by his virile father (Tsui Siu-Keung), but is still a virgin. That is, until he meets his first love Violetta, who has fun with him all over his father’s estate. Their love does not last, so Simon embarks on a journey to, um, do something. Along the way he meets the comely nun Moon, who observes his manhood one evening by poking at it with a pair of chopsticks – thus earning the film it’s English title. Simon deflowers her and marries her, after which he becomes enamored of the small-footed Golden Lotus, who’s married to dwarf and poor Wu Da-Lang. The two conspire to get rid of him, setting up another marriage for Simon.