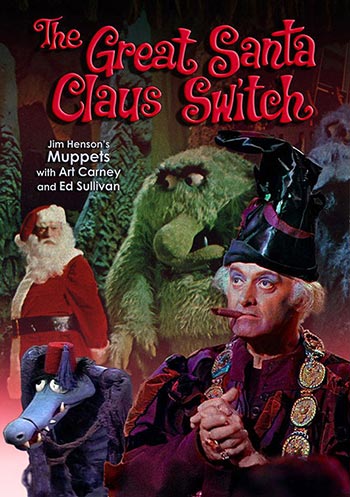 The Great Santa Claus Switch was a Muppet television special that first aired on CBS on December 20, 1970. The show, narrated by Ed Sullivan, begins at the North Pole with Santa Claus and his elves getting ready for another Christmas. However, Cosmo Scam has hatched a plan to kidnap Santa and take his place. As part of the plan, Cosmo plans to abduct Santa’s elves (one at a time) and replace them with his evil henchmen.