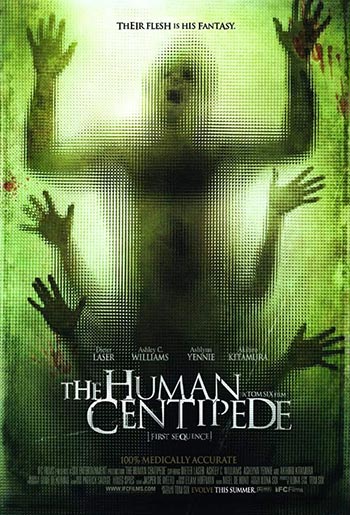 Two pretty but ditsy American girls are on a road trip through Europe. In Germany, they end up alone at night with a broken car in the woods. They search for help and find an isolated villa. The next day, they awaken to find themselves trapped in a terrifying makeshift basement hospital along with a Japanese man. An older German man identifies himself as a retired surgeon specialized in separating Siamese twins. However, his three “patients” are not about to be separated but joined together in a horrific operation. He plans to be the first person to connect people via their gastric systems. By doing so, he plans to bring to life his sick lifetime fantasy, the human centipede.