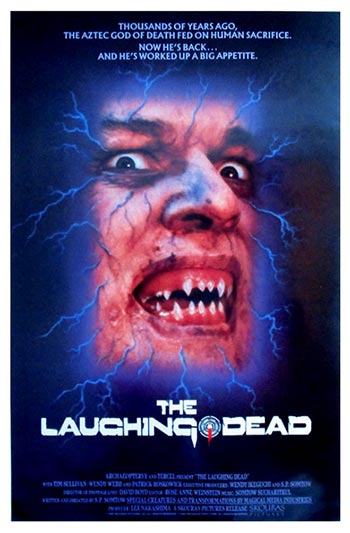 Zombies, demons, and a mad doctor await a bus-load of folks looking for a tour of Aztec ruins. Father O’Sullivan is a Catholic priest who has lost his faith in God and who cannot forget the nun with whom he once had an affair (and a son). O’Sullivan serves as tour guide for archaeological student Cal, New Agers Wilbur and Clarisse Lemming, runaway Laurie, and tourists Dozois and Frost on a bus trip to Mexico. No one is more surprised than O’Sullivan when his love, Tessie, also boards the bus with her bratty son Ivan. In Mexico, Cal reveals his knowledge of a crucial ancient text, just in time for the Day of the Dead festivities.

Meanwhile, evil Dr. Um-tzec is planning an apotheosis for himself that will culminate in his incarnation as the Death God, and what he needs to accomplish this is the hearts of sacrificial children … lots and lots of hearts. While Father O’Sullivan grapples with the emotions of seeing Tessie again, he is approached by Dr. Um-tzec to perform an exorcism; but Um-tzec has deceived him and O’Sullivan is thereafter occasionally possessed by the Death God.

Fighting the possession, O’Sullivan tries to rescue Ivan, who is regarded as a perfect sacrificial victim. Now Tessie, Cal, Laurie, and the bickering Lemmings must pull together to stop Dr. Um-tzec and O’Sullivan from completing the apotheosis ritual.