The Man Who Sleeps (1974) Bernard Queysanne 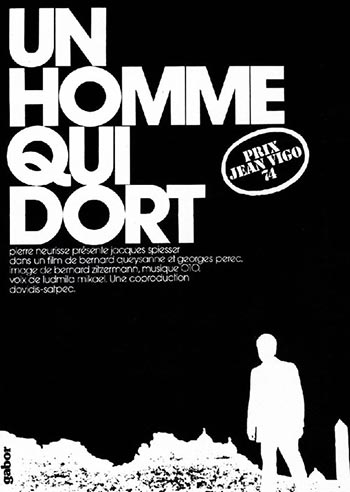 In this French tour-de-force a young student decides to have no more interaction with the world than is needed to minimally sustain life. His increasingly automaton-like behavior is coupled with a strange clarity of insight about the world around him. His inner musings as he wanders the luminous streets of Paris are narrated in the form of an unwritten diary by Ludmila Mikael.