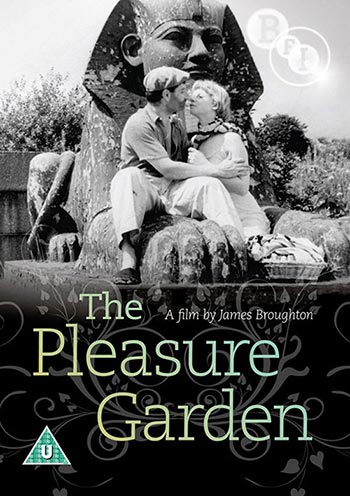 People quietly or campily pass the time in an overgrown garden full of statues, while a puritanical, funereal gentleman posts bills prohibiting all leisure activities.

Known to many as the father of the independent West Coast cinema, James Broughton’s career spanned 40 years, beginning in 1946. The avant-garde artist was a master of the short film and widely known for his surreal vision and his flair for blending poetry with the moving image. The Pleasure Garden earned Broughton recognition at the 1954 Cannes Film Festival. A lyrical and lush satirical comedy filmed in the gardens of London’s Crystal Palace, the story celebrates the triumph of love over the forces of oppression.