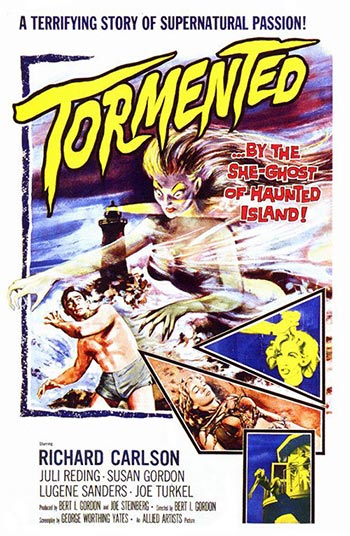 On an island community off of California, Tom Stewart is preparing to marry the woman he loves. His plans are threatened by his old girlfriend, Vi, who shows up secretly. During a confrontation at the top of the island’s lighthouse, the railing breaks and Vi falls. Tom has a chance to save her but doesn’t. Tom’s relief at Vi’s accident soon fades when her vengeful spirit begins showing up wherever he goes…