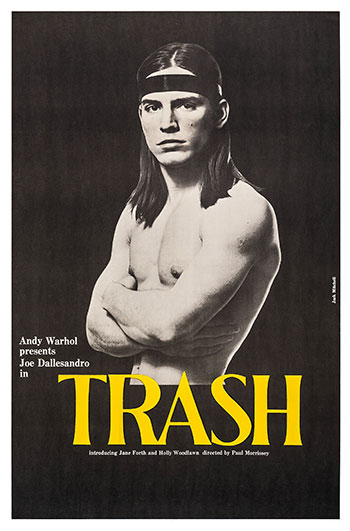 The movie follows Joe, a heroin addict, throughout his quest to score more drugs. The episodic plot occurs over a single day and centers around Joe’s problematic relationship with his on-off, sexually frustrated girlfriend. During the course of the day, Joe overdoses in front of an upper-class couple, attempts to fool Welfare into approving his methadone treatment by having Holly fake a pregnancy, and frustrates the women in his life with his drug-induced impotence.

“Trash” is one of the most legendary underground films of all time, and for good purpose. It presents a series of disgusting and graphic images that you never could get away with in Hollywood, not even in the 70s. It rivals “Pink Flamingos” for sheer audacity in its willingness to shock the audience with images that were previously thought of as obscene. However, what makes it work very well is that it tells an actual story, which many of the Andy Warhol produced films didn’t. Even more surprising is that the story is actually poignant and involving, with sympathetic characters and accomplished acting from the two leads.