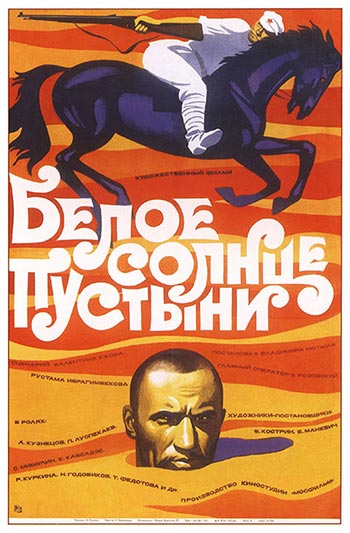 Easterly “western”. A soldier of the Red Army named Sukhov has been fighting in the Russian Civil War in Russian Asia for many years. Just as he is about to return home to his wife, Sukhov is chosen to guard and protect the harem of a guerilla leader (Abdulla). Abdulla is wanted by the Red Army and left his harem behind because the women hindered him. Sukhov’s task proves to be more difficult than he imagined…