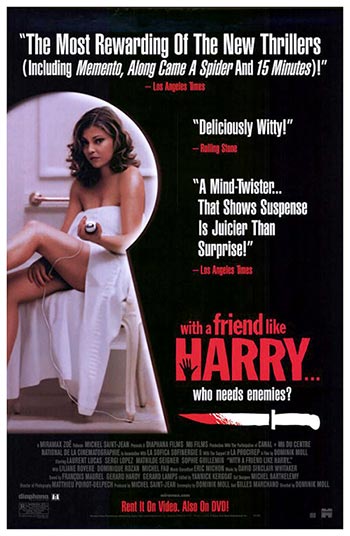 A highly suspenseful psychological thriller about a family vacation that takes an unexpectedly wicked turn! While traveling with their three daughters in the midst of a stifling heat wave, Michel and Claire run into Harry, a wealthy eccentric who claims to have known Michel in high school. Swayed by Harry’s persuasiveness and a ride in his air-conditioned Mercedes, Michel and Claire find themselves inviting Harry along on their vacation. As this nail-biting story unfolds in a series of unpredictable twists, you’ll find yourself riveted as Harry’s motives soon become suspect and one strange episode after another begins to change Michel’s life…