The Mystery of the Third Planet (1981) Roman Kachanov 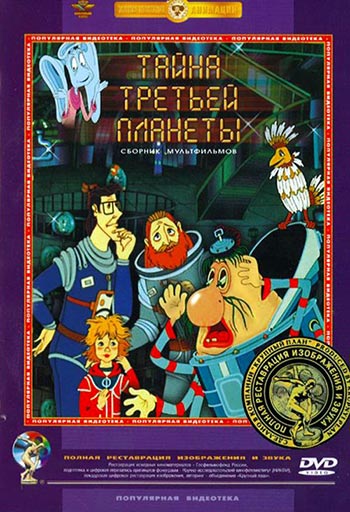 At the end of the 22nd century Alisa Seleznyova, her father Professor Seleznyov and pilot Zeleny go on a space expedition to find rare animals for Moscow Zoo. On the way they seem to encounter a mysterious conspiracy led by Doctor Verhovtsev against legendary Two Captains Kim and Buran. The only clue is a talking bird Govorun that our heroes accidentally took possession of.

Striking imagery, great imagination, and brilliant music. Actually it’s worth watching for the music alone. It’s about a young girl(Alice)and her dads’ travels in space where they meet a lot of weird characters and creatures. It’s very dreamy and psychedelic like a weird 70’s sci-fi movie.